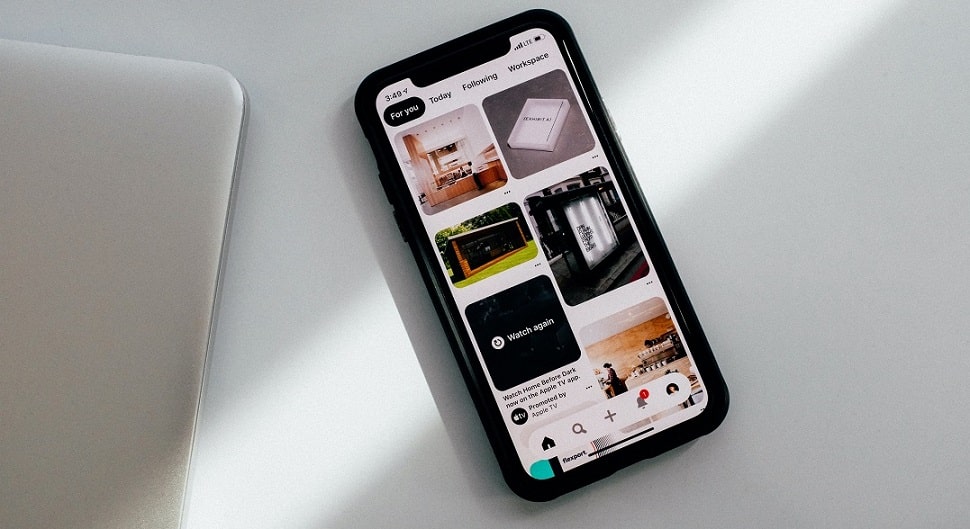 There’s an order to everything we do. In other words, it might not always be clear to everyone, but it’s clear to us — and the same goes for UI design philosophy. We have our little rituals, and we stick by them. Designing user interfaces is no different. But this vast difference in approach is what makes designs captivating. People often confuse UI with UX design. They are closely connected, so it’s no surprise. However, there are a few material differences between the two.

Our daily lives depend on technology more and more. UI is ubiquitous in the digital age. Interfaces are the link between the program or app and the user. They are what we think of first. It doesn’t matter if someone’s a layman or a professional. We remember digital products by their interface.

How design impacts life around us

Think of it this way: an interface is kind of like an actor’s headshot; they help the casting directors remember them. Interfaces work the same way. They allow the user to communicate with the software.

Interfaces are very much the faces of programs. They make the first impression. And first impressions are of paramount importance in the digital sphere. That’s why interfaces matter so much.

Users’ attention is a precious commodity. It’s hard to grasp and even harder to keep. First impressions can make or break a project. It might sound severe, and it is.

I have good news, though: there’s an audience for virtually any design. There is no strict set of rules for UI design. Or any kind of design, for that matter. We all know many cases of “it shouldn’t work, but it does.”

UI design is largely a matter of feeling. Different things appeal to different people. We can’t always explain why we like something. However, we can say whether we like it or not.

You might think you know your style and aesthetic. But then, something speaks to you. And it’s something you never thought you liked before. Tastes change; isn’t that amazing?

Drawing inspiration from our surroundings

You should draw inspiration from a wide array of sources. Projects can be very diverse. And different projects need different interfaces. A charity organisation website will be little like an online clothes shop. So, explore. Find different aesthetics. Incorporate interesting details in your designs.

Designers always leave a bit of themselves in their works. It’s unavoidable. Even in a project that’s everything but their style. All creative efforts are an almost alchemical process. That’s the real mark we make on this world. It might seem banal, but banality doesn’t make it untrue.

So then, how does one make a design appealing? All this talk of personal tastes could confuse a novice designer. It’s not all that surprising. However, it’s confusing because we feel designs first and think of them second.

Still, there are a few pointers that can help you. As we’ve already said, they’re not rules. They are tips that can guide you. But the main one, the most important of all is to think for yourself.

These 10 tips are there to help you. Your approach can be quite different. In design, it’s often a matter of what works for you. Of course, these might help you. It doesn’t matter if you’re just starting or have loads of experience.

Now, let's take a look at them

Users should be in control 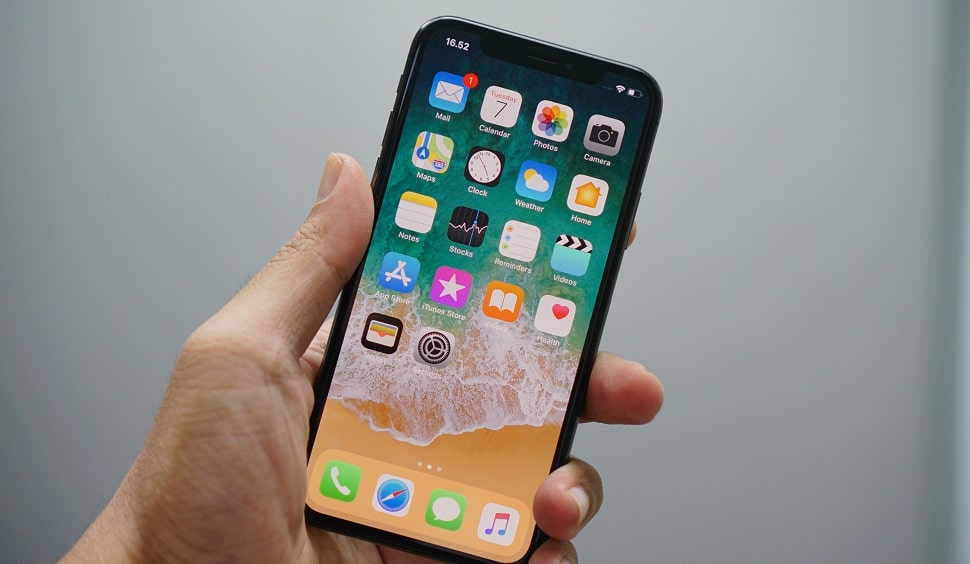 AI is evolving at a breakneck pace. But people still captain the ship of user interfaces. Automatic actions can be confusing and a bit intimidating. No one likes playing catch up with their tech.

Now, your interface should be as user-friendly as possible. It shouldn’t spook the user. Spooked users don’t become regular customers.

Think of it this way: what appeals to you in an interface design?

User friendliness is the cardinal rule of interface design. Interface should guide the user. Ultimately, the user decides where they want to go. And that’s all there is to it. At least until the machine uprising.

This next tip ties neatly into the previous one. What does the phrase comfortable interaction mean? It means that the interaction between the interface and the user mustn’t be off.

We’ve all experienced it at some point. Something about a website or an app just doesn’t feel right. There might be nothing wrong with it. However, we still get a sense of discomfort using it.

The cause might be as small as a photo that isn’t placed properly. One tiny detail can throw the entire project off.

Comfortable interactions are familiar and expected. They do what they say they will. No one likes when an interface does something unexpected.

Be careful not to use elements that might startle the user. Surprises make users uncomfortable. It makes for a bad experience.

It also might be dangerous for users with disabilities. For example, flashing lights can trigger users with photosensitive epilepsy. You need to be aware of such things.

Ultimately, good interface design is one that puts its users at ease. It’s accommodating and friendly.

UI design is like any other kind of design. You need a game plan, so to speak. You need to have a clear picture of where you want it to go. It’s okay not to have all the details ironed out.

Then there’s the third kind of elements. They might seem great on paper. Whereas, in the actual design they don’t work. Don’t worry, it happens more often than you know. Don’t be afraid to scrap them.

Blindly sticking to your original ideas might hinder the design process. Creation and creativity fluctuate.

Rather than strict ideas, try to have an overall aesthetic. Make moodboards, gather bits and pieces that inspire you. An aesthetic sets the tone for the entire project.

In addition, you can also make a few variations of the same element. That way you can choose one that best suits your project. And you can save the rest of them for some other projects. No sense in chucking good ideas. Waste not, want not.

An interface design should be clear. The idea behind it should be apparent. This means it mustn’t be ambiguous or confusing. Take time to analyse each element.

That being said, consistency is the glue that holds your design together. It makes the design much more memorable. A clear and consistent idea leaves a vivid mental picture. Users will have a lasting memory of it. This will make them likelier to return to a site or an app.

But what does a consistent design entail? Well, first you need a clear idea of what the product is. Think about the aesthetic you chose. What feeling do you get from it?

In addition, interactions are one of the most important elements of UI. You need to think about what they should look like. Not all interactions in an interface design are the same. That’s obvious. However, they should have the same look. They need to “move” in similar ways.

Actions should be instinctual 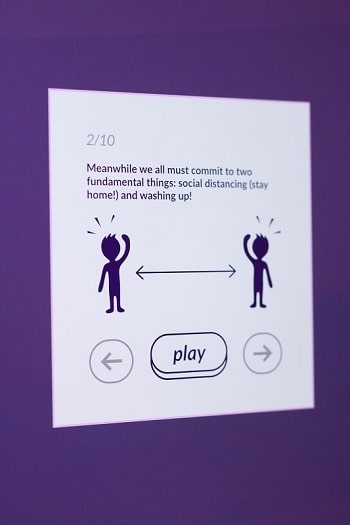 The digital world is a world of automation. We often don’t think about what we need to click. Even on an interface we don’t know. That’s one of the key aspects of interface design.

This is where icons come into play. They are the language that both the interface and the user speak. Check out this list of nifty icon sets for inspiration.

For example, we’ll see an icon of a gear or tree little dots. And we know what it means right away. It will show us the options menu. It’s the same as a microphone icon. We know that will start the voice recorder.

Reduce the cognitive load for the user as much as you can. It makes using the interface much more comfortable. It also makes the user relaxed. It’s something familiar they can hang on to.

Action design boils down to this. Stick to familiar things. There are other places you can wow the users with your originality.

Grab the users’ attention (in a tasteful way) 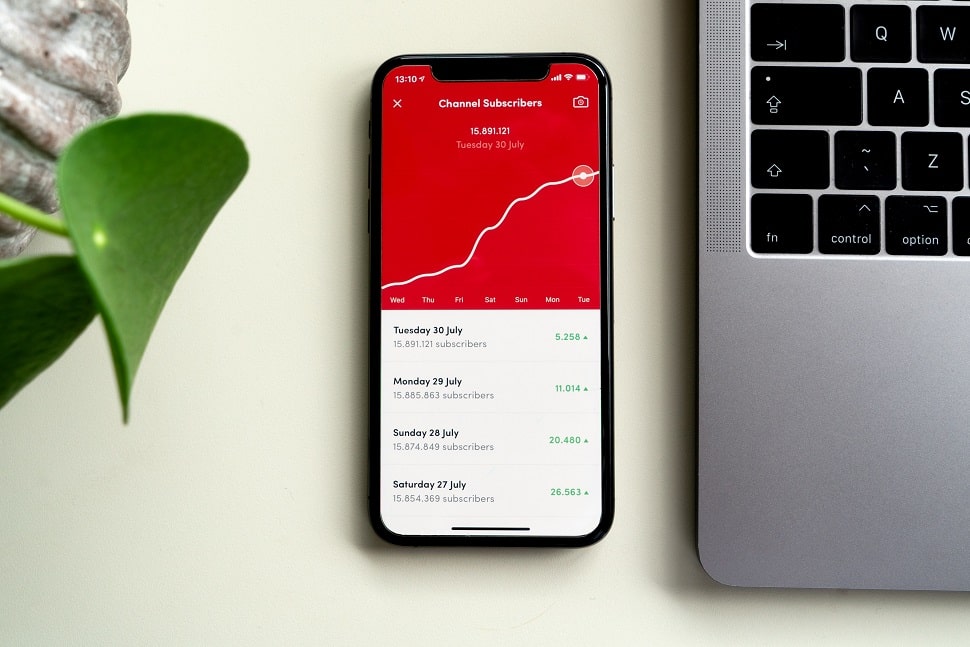 We’ve said it before: first impressions are immensely important in digital design. You need to grab the prospective users’ attention. If you don’t someone else will.

Let’s face it: people like shiny things. And yes, it sounds like we’re crows. I know. It doesn’t mean it’s not true.

Now, consider having a centrepiece. Some element that makes your design stand out. You shouldn’t be too aggressive, of course. No one likes clickbaits.

Ultimately, logos are a great way to get your users’ attention. It’s the first thing they see in most cases.

Your logo should be unique. It needs to be as memorable as possible. However, be careful not to overdo it. If you add bright colours, you don’t need animation. The two together would be overkill.

Impactful design doesn’t have to have frills. You should let it speak for itself. This brings us onto the next tip.

Some think minimalism is just the latest fad. And they’re right in one sense. They are also wrong in another.

Minimalism exists for a reason. Especially in digital design. Minimalist designs have faster loading times. That’s one of the main reasons designers opt for it. It’s clean and simple.

Regardless, one can understand its critics. Minimalism needs elevation for it to be effective. And that elevation mustn’t crowd the neatness of the design. It’s a difficult line to walk. But it pays off.

Simplicity isn’t just about the aesthetics, though. Users like their interfaces to be understandable and easy to use. Too many elements can be vexing.

Think of the essentials first. What does the page need to function? It’s like clothing. Essentials first, then accessories. If you need them.

Explanations are an important part of the design. They guide the user. They rely on the information. But, moderation is a must, even here.

Too much data will annoy the users. No one likes to be patronised. Don’t talk down to your users. They can get the jist from little information.

That means you have to be succinct. Phrase the explanations in an understandable way. Be careful not to crowd the page. It’s harder to use. And a big block of text seems intimidating.

Remember, you can add more detailed info in a separate part of the interface. This allows for any eventuality. If the user needs more information, they can easily find it. Remember to have a sign pointing to it. Learn more buttons are a godsend in most cases.

Primary actions are the main thing that happens on the interface. They are what the users set out to do. As such they need to have the spotlight.

One primary action per screen is a good rule of thumb. There’s no need to crowd the page. Plus, it gives the user a moment of respite between the actions.

In addition, Instructions are another good idea. Especially if the action is something like an e-form. Inform the user on what kind of data they need to input. 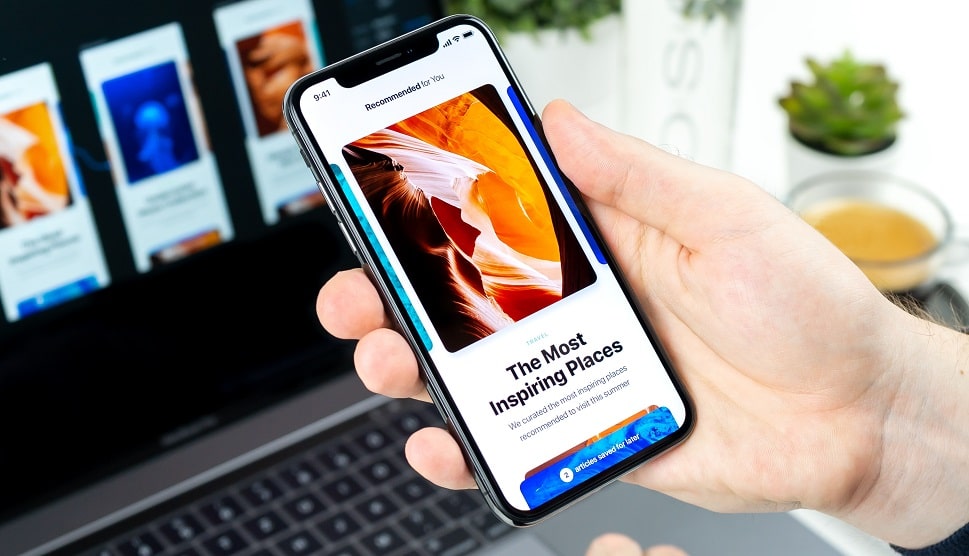 Last but not least, we come to the visuals. They’re often taken for granted. But their importance bears repeating. Visuals are a broad term, as you can see. They’re a mixture of everything we’ve covered so far. They’re colour-schemes, logos, icons, buttons.

Ultimately, visuals need to serve as a guide. A map that navigates the interface. The users need to trust them. They’re the pillar that supports the whole UI design.

You need to make them dependable as well as memorable. Strong visuals are professional-looking visuals. They give credibility to the entire project.

We’ve said it before: this list isn’t a list of rules. However, these practices can help your interface design a lot. And hey, it’s good to have some sort of guidelines.